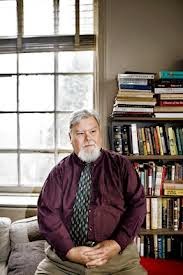 Washington, DC --- John Patrick Judge passed at the age of 66, just as he had lived – with courage in the midst of pain. An internationally acclaimed researcher, writer and speaker, as well as a lifelong anti-militarist anti-racist activist, and community organizer, Judge died on April 15 due to complications from a stroke suffered in early March.

Judge’s primary areas of research were the assassinations of President John F. Kennedy, Robert Kennedy, Malcolm X and Dr. Martin Luther King, Jr., as well as totally unique research which he conducted on-the-ground about the massacre in Jonestown, Guyana.  He is a co-founder of the Coalition on Political Assassinations (COPA), and organized COPA's annual conference in Dallas.

The 2013 COPA conference drew more than 300 researchers and activists to Dallas on the 50th anniversary of John Kennedy’s death. Amidst the national furor when the feature film "JFK" came out in 1992, Judge was one of the key public proponents behind the creation of the Assassination Records Review Board. One of his last efforts was to press for release of some of the thousands of Kennedy and Martin Luther King, Jr. assassination records still kept classified by the CIA and the FBI.


As co-founder of 9/11 Citizens Watch, Judge also did investigative research on the background and details of the attacks of September 11, 2001.  He worked with family members of the victims to push for a federal investigation and closely monitored the work of the 9/11 Commission.

Judge was also a co-founder of CHOICES, an organization engaged since 1985 in countering military recruitment in DC area high schools and educating young people about their options with regard to the military. Beginning with the war in Viet Nam, Judge was a life-long anti-war activist and supporter of active-duty soldiers and veterans.

From 2005 to 2007, Judge served as Special Projects Assistant to Representative Cynthia McKinney of Georgia.  One of his many undertakings in Congress was to advocate on behalf of active-duty soldiers who received harsh sentences for declaring themselves conscientious objectors and others who claimed to have been tortured in military brigs. He helped write the Articles of Impeachment against President George W. Bush which Representative McKinney introduced in December 2006, before leaving office.

At the time of his death, John Judge was working on creation of a Hidden History Museum and Research Center in Washington, DC, to educate a new generation about covert operations, and to support the work of investigative journalists and researchers looking into the National Security State and the rise of secrecy, government plans for extra-Constitutional jurisdiction during emergencies, and threats to civil liberties and international relations. Some of his writings can be found at judgeforyourself.org.

Acclaimed nationally and internationally for his vast store of historical knowledge, Judge wrote: "Under the evil genius of Allen Dulles, whose espionage attacks on the Soviet Union date back to the 1920's, $200 million in Rockefeller and Mellon funds was directed into the hands of Hitler's spymaster Reinhard Gehlen and his 350 Nazi spies, who formed and founded our Central Intelligence Agency in 1947."
An avid public speaker, Judge never spoke about himself but rather, humbly retained a tireless devotion to the search for truth beyond the official government or mainstream media record. Until his final days, Judge was a seeker of truth and justice of the first order. He is irreplaceable in the annals of serious research and documentation.

John Judge is survived by his long-time companion and life partner, Marilyn Tenenoff and thousands of friends and admirers across the country and around the world. A celebration of his life will be held in late May. In lieu of flowers, tax-deductible donations can be made to support the preservation of Judge's books and archives in a new Museum of Hidden History, P.O. Box 772, Washington, DC, 20044.

There's usually a nasty plot behind what seems so decent.
It's often greed or selfish hate, in ancient times and recent.
John Judge's aim is just to find the truth and then to show it.
So we can change the world by letting all the people know it."

from a poem by Susan McLucas