Author of Mississippi Murder Novel Set For Cuenca, Ecuador Reading; An Evening With Writers In Transition

Three Mississippi Murders and a Chase Through Ecuador: The Plan, by Susan Klopfer. Set for publication in May.
*****
Posted by Unknown at 6:26 AM No comments:

Women Who Could Tell Us More About JFK Assassination -- Perhaps? 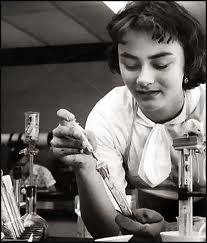 Judyth Vary Baker. What did she know?

(Editor's Note: Do you have names to contribute to ths list? Please add your comments. I'VE ADDED MY OWN NAMES, BELOW!)

DALLAS — November 22 will mark the 50th anniversary of the assassination of President John F. Kennedy.
All year long, we'll be examining that November day and the fifty Novembers that followed — the issues... the progress.
November 22 had an impact on the lives of a few people we rarely talk about — the women who were thrust into the spotlight.
Five women, five lives, forever connected through tragedy.
Just moments after the Kennedys basked in the glow of adoring crowds, darkness enveloped Jaqueline Kennedy as she sat alone outside the Parkland Hospital operating room.
Lady Bird Johnson described it in her diaries:
"She was quite alone. I don't think I ever saw anybody so much alone in my life. I went up to her, put my arms around her, and said something to her. I'm sure it was quite banal like, 'God help us all.'"
After consoling Mrs. Kennedy, Lady Bird Johnson rushed to comfort her old friend, Nellie Connally, first lady of Texas.
"I hugged her tight and we both cried, and I said, 'Nellie, it's going to be all right.' And Nellie said, 'Yes, John is going to be all right.'"

*****
NEW BOOK ANNOUNCEMENT: IT'S ALL ABOUT MISSISSIPPI AND ECUADOR - THE PLAN.  SUSANKLOPFER.COM -- MAY PUBLICATION SET
*****
Waiting at the Dallas Trade Mart for an address President Kennedy would never deliver, friends Jan Sanders and Federal Judge Sarah Hughes listened to the chaos unfold on the radio.
"That's what they were hearing on the transistor radio... they were tracking when was he going to walk in the door here. Then, of course, it began to change... that news report began to change; something has happened," Sanders said.
It would be Judge Hughes who — within minutes — would deliver the oath of office to Lyndon Johnson in an impromptu and grim ceremony aboard Air Force One at Love Field.
Jackie Kennedy and Lady Bird Johnson stood nearby.
Hughes later recorded her thoughts for the University of North Texas.
"I was also thinking, 'I must not keep my mind on Kennedy; I must think about the future, because the country has to go on.'"
Hughes is the only woman in U.S. history to administer the oath of office to a president.
At the same time, Marie Tippit was home with her son when she learned that her husband, Dallas police Officer J.D. Tippit, had been shot and killed, pulling her into a national tragedy that shaped her life.
"A total shock, a total shock... it's just a shocking thing, like this can't be happening," she said. "This has got to be a nightmare — which it was — but it was real."
And as she mourned the death of her husband, the nation mourned the death of a president.
"This happens in foreign countries; this doesn't happen here," Jan Sanders said. "It certainly doesn't happen in Dallas, even though there is this hateful environment.. there was this hateful environment."
Jan Sanders, wife of then-U.S. Attorney Barefoot Sanders, and Judge Hughes created the John F. Kennedy Memorial Book Fund based on their admiration for the slain president. Their goal was to enlighten Dallas school children about the presidency.
Marie Tippit has her own remembrance: A letter and framed photograph from Jacqueline Kennedy.
"We share the same bond," Mrs. Tippit said.
It's a bond only two widows could share on the same dark day in Dallas.
E-mail gcampos@wfaa.com
*****


(Editor's Note: I think this list is interesting, but way too short. What about Judyth Vary Baker, a fellow employee of Oswald's at the Reily Coffee Company in the summer of 1963, claims to have been Oswald girlfriend, and involved with him in a secret bioweapons. More importanty, Jean Hill, a woman who told of seeing a Grassy Knoll shooter, of seeing Jack Ruby in Dealey Plaza, and of being waylaid and intimidated by phony "Secret Service agents" in the minutes following the assassination; Beverly Oliver, who claims to have seen Oswald and Ruby together in the Carousel Club, and to have photographed the assassination in Dealey Plaza (with the FBI confiscating the film); Madeleine Brown, who claimed to have been LBJ's lover, and to have attended a very suspicious party on the eve of the assassination; Marita Lorenz who told of a "caravan" of cars driving assassins from Miami to Dallas on the eve of the assassination?????)

*****
NEW BOOK ANNOUNCEMENT: IT'S ALL ABOUT MISSISSIPPI AND ECUADOR - THE PLAN.  SUSANKLOPFER.COM -- MAY PUBLICATION SET
*****

Posted by Unknown at 9:20 AM No comments:

Let's hear it for the proverbial 'Bull in the China Shop', yours truly, without whose persistence, this entire JFK Conundrum could have gone on for yet another 50 years. And let us thank John Simkin for opening up this thread again at Spartacus because he realized how important the role of Guy Banister actually was in the entire JFK proceedings, not only in New Orleans, but through the Southern US and Latin America. And let us also thank Susan Klopfer, who works with a group of Civil Rights Cold Case volunteers as well. Without her, it might not have become so abundantly clear that among other things, William 'Guy' Banister was first and foremost the private detective of choice for every single pro-Segregation, anti-Semitic, anti-Civil Rights proponent throughout the Southern States touching the Gulf of Mexico.

She also pointed out that Banister was on the payroll of the Mississippi Sovereignty Commission for Senator James O. Eastland, along with Maj. Gen. Edwin A. Walker during both the Ole Miss Riots and the Little Rock, Arkansas school desegregation crisis. Recall also that it was Walker who often visited Byron De La Beckwith in prison following the murder of Medgar Evers, Jr. and that it was none other than Jack Ruby who fingered Walker in his Warren Commission testimony.

And how long was it the Banister's role in the Anti-Communist League of the Caribbean was totally ignored, almost deliberately, 40+ years, perhaps? And how many of you knew that Banister played a role with E. H. Hunt in the 1954 Guatamala coup of Arbenz run with 'Rip' Robertston and Allen Dulles, along with his United Fruit Company client which was less than a mile from his offices on Lafayette Street on St. Charles? Not many, I would venture to say.

And when the information about 'Operation Red Cross', also run by Senators Eastland and Goldwater, and NOT the CIA was painstakingly extracted from Nathaniel Weyl, how many of you said: "Wow, everyone always said that one of the main keys to the understanding of the sponsors of the JFK hit was 'Operation Red Cross', now that we know it was done by SISS, under the auspices of Senator James Eastland from Mississippi who was on Draper's payroll, for the benefit of Senator Barry Goldwater from YAF and organized by Robert Morris from SISS and The China Lobby, who was the real force behind McCarthyism, this puts the entire JFK Assassination in a much clearer, brighter light!" No one besides me.
Why does it take a Civil Rights Activist to bring us all back to our senses to realize that the JFK murder and the other 3 acts of violence done between the Summer of 1963 and the Summer of 1964 were all done by the SAME forces, paid for by the SAME person, Wickliffe Draper, for the SAME reasons using the power behind Senator James O. Eastland, the Senator from The Pioneer Fund?


Even Jackie Kennedy said something to the effect: "What a shame that he had to die at the hands of a little nobody like Oswald instead of at least for a more nobler cause like 'The Civil Rights Movement'."
Looks like Jackie was right after all, and it looks like those like Bill Baggs, Editor of The Miami News whom I had the privilege to work for at the age of 16, and Ralph McGill, Editor of the Atlanta Constitution were also right when they said the JFK murder was first and foremost perpetrated by those in the Civil Rights movement for their own sinister purposes.

Sure, it also served the purposes of the Viet Nam lobby, the MIC, the anti-Semites, the anti-Papists, the anti-Catholics, but who actually represented ALL of these interests and was in a position to reach deep down into his pockets and deep down into his hierarchy of KKK stormtroopers and the Gestapo of the Southern Civil Rights opponents?

Only Wickliffe Preston Draper, using Senator James O. Eastland from the MSC, the KKK and the Draper Genetics Committee and Robert J. Morris whose history included Rapp-Coudert, McCarranism, The China Lobby, the Liberty Lobby, McCarthyism, MacArthurism and then SISS with Eastland as well. Trust me, without my contributions, Robert Morris, Charles Willoughby, Wickliffe Draper, Edwin Walker and even James Eastland and Guy Banister would have gone totally scot free. And both Army Intel and ONI would have gotten off clean as a whistle, too. 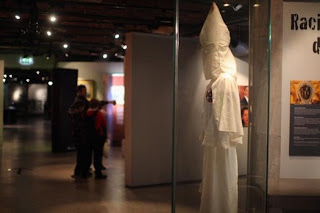 Who's sorry now?
Elwin Wilson has died at the age of 76, leaving behind a legacy of a man who was able to admit the error of his ways. Wilson was formerly a supporter of the Ku Klux Klan, which is frequently misspelled as Klu Klux Klan. During his affiliation with the KKK, he participated in hate crimes which haunted him in his later life, so he bravely decided to apologize, according to a March 31, 2013 report by The Huffington Post.
After a lifetime that included burning crosses and assaulting African Americans, Wilson finally found peace in forgiveness. After President Barack Obama's inauguration in 2009, he decided to apologize for his many hateful indiscretions, which included the 1961 beating of U.S. Rep. John Lewis at a Rock Hill bus station.
Elwin Wilson dies with a clear conscience and the blessing of forgiveness from the very man he assaulted on that day 50 years earlier. In 2009, Wilson offered Lewis an apology for the brutal beating, and Lewis graciously accepted. As a result, both men were honored on Worldwide Forgiveness Day later that year, and both men received the Common Ground Award for Reconciliation in Canada. Wilson even had the opportunity to honor his victim with an award in Maryland.
Suggested by the author:
Posted by Unknown at 11:25 PM No comments: